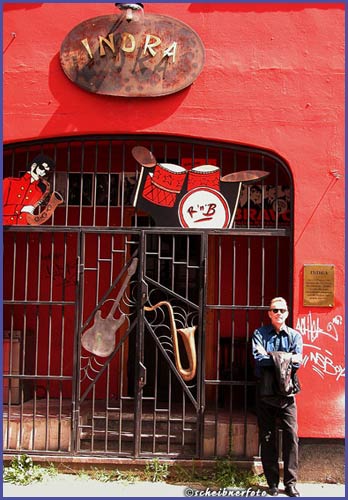 Hamburg, Germany June 2002. Photo taken outside of The Indra. The club where The Beatles first performed in Hamburg on August 17, 1960, Große Freiheit 64 St. Pauli. Right next to The Indra, at Große Freiheit 66, was a small club called the Blockhütte. During the 70s, I played there very often. The owner, a Dutchman named Martin, and his wife from Hamburg named Didi, told me many really cool and interesting stories about The Beatles while they were in Hamburg. For example, when The Indra would close after The Beatles had finished playing, they would just go right next door to the Blockhütte and party and hang out, because the Blockhütte would usually close about six or seven o’clock in the morning! They told me a lot of funny stuff!! 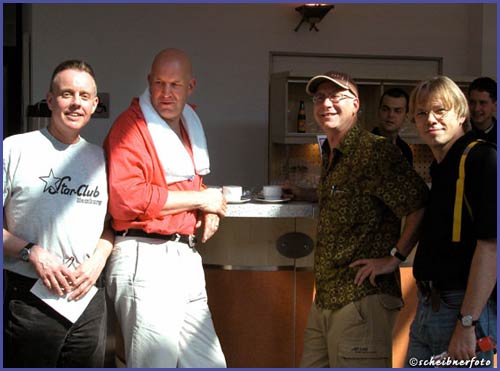 At The Beatles Convention 2004 in Berlin. With, on the left, Julian Dawson (who also performed there), Ron Randolf and H.P. Daniels. 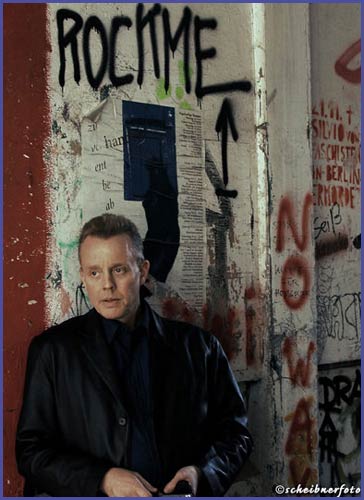 At the entrance of the Jägerpassage in Hamburg. The same alley way where John Lennon was photographed in 1961 by Jürgen Vollmer, and he used the photo on the cover of his 1975 LP "Rock-n-Roll". 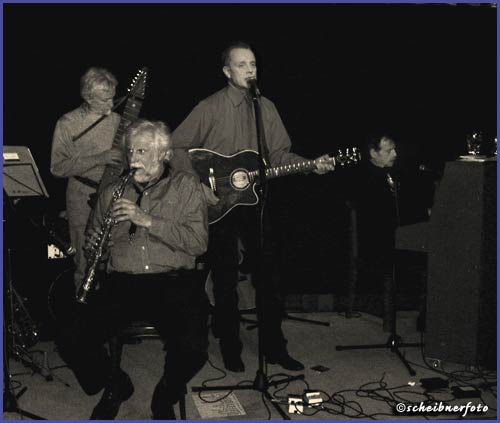 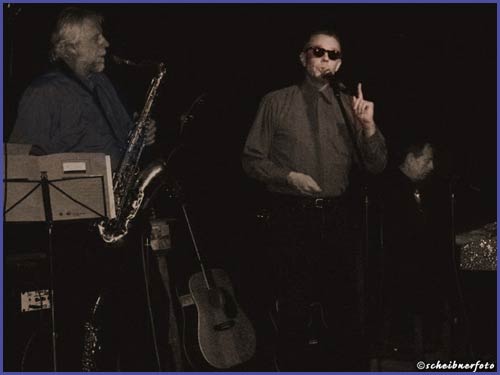 Same gig, performing "Poolhall In Rangoon" with Joe and Richard. 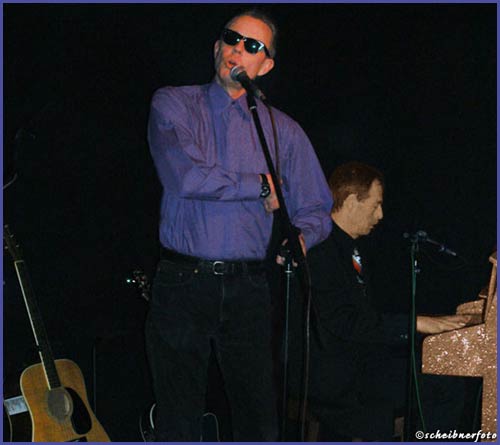 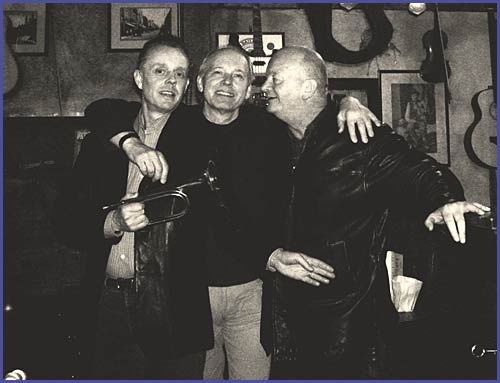 A happy reunion with two old friends at "The Sputnik Lounge" in Berlin. The multi-talented Lightnin’ Buck Rogers, and, on the right, the one and only, the mystical and magical KlausTuschen. Klaus wrote and directed the 1981 classic Berlin cult film "Front Stadt", and Lightnin’ Buck was the leading male actor in the film. I was lucky enough to have a very small part in the movie, and I fucked up my lines three times! BUT, I also invented a new German word. I was ment to say, "Du muss dich entscheiden", which means "you have to decide", instead, I said, "Du darfst nicht entzweifeln", which doesn’t mean anything !! A great film !! 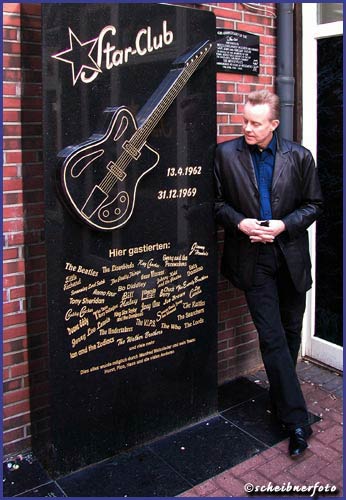 At The Star Club Memorial in Hamburg located at Große Freiheit 39 in St. Pauli. The Star Club closed on New Years Eve 1969/70. For the next thirteen years, it was a sex theatre called the Salambo. The building burnt down in 1983 and was finally torn down in 1987. 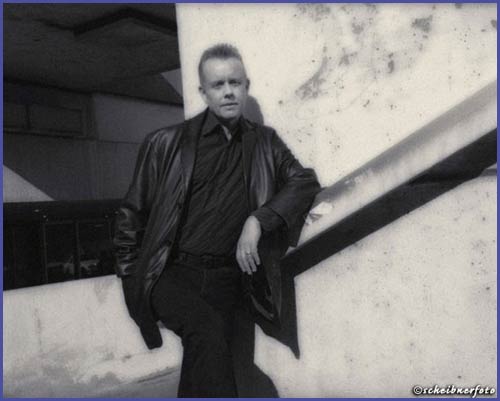 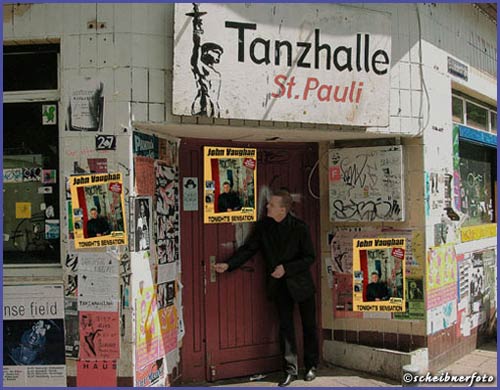 One of my favorite clubs in Hamburg ! 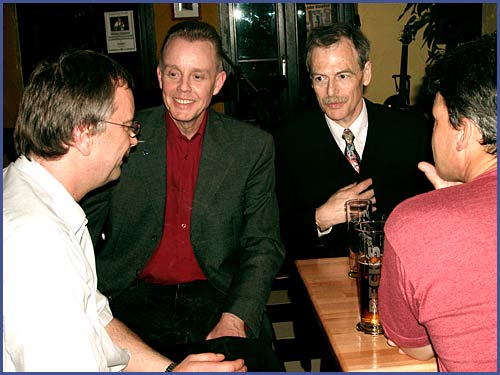 On tour in Bremen with Richard at The Galileo, May 10, 2003. On the left, my dear old friend, Norbert Block. He is the Maistro, the organizer, tour manager, webmaster, the unofficial King of Crete, wizard and Chief !! We go back a million years together! Norbert was in Berlin from the very beginning, and he knew all of The Hagelbergers, and their music, before The Hagelbergers knew they were The Hagelbergers !! 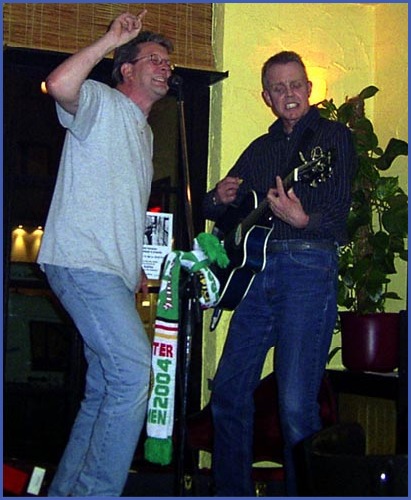 On tour in Bremen, Mai 15. 2004, at The Galileo with a Werder Bremen football team scarf wrapped around the mike stand. The gig was on the same day that Werder Bremen beat Bayer Leverkusen and won the championship just two games before the season was going to end. The fans in the club were ready to PARTY !! 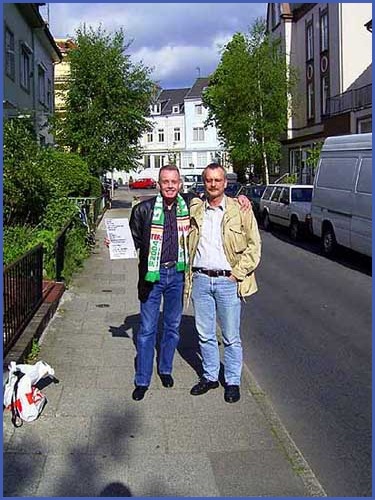 In front of Norbert's house with set list, footbal scarf, sixpack and Norbert, the same day. 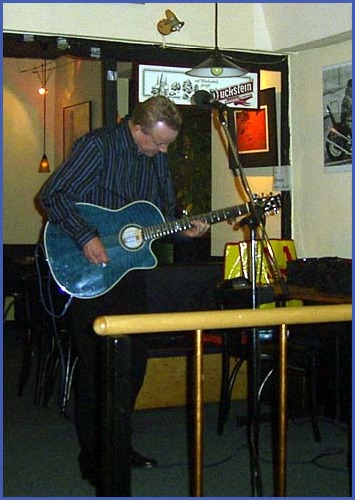 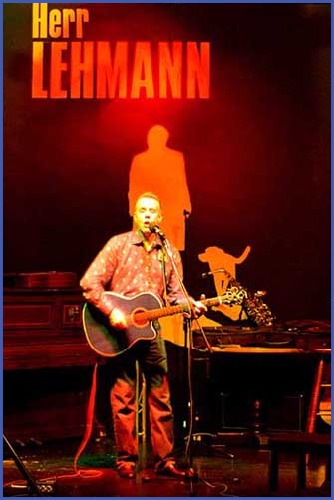 And again in Bremen. October 5. 2005, at Herr Lehmann, a nice pub temporarily run by Frank Regener, the brother of Sven Regener who is guilty for writing the book "Herr Lehmann" which also became a film and later was released in English as "Berlin Blues". 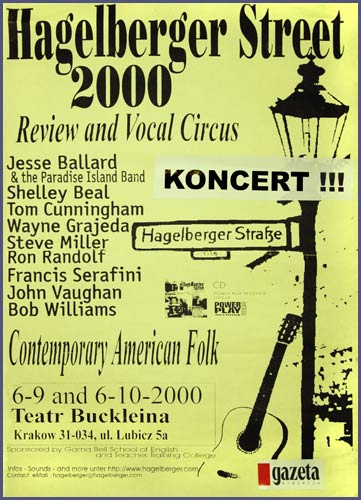 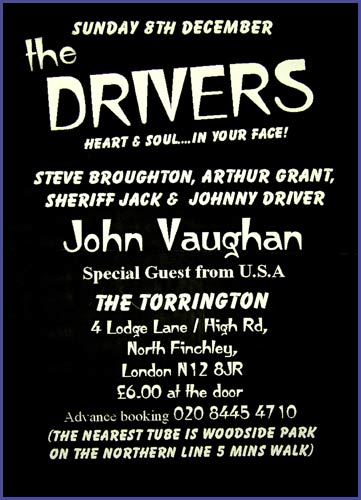 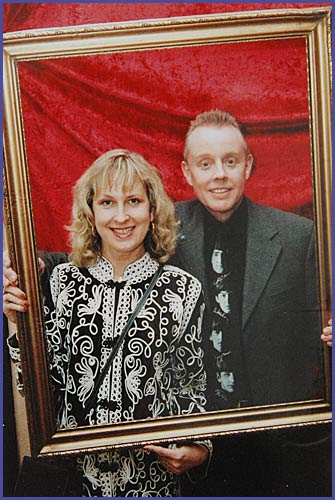 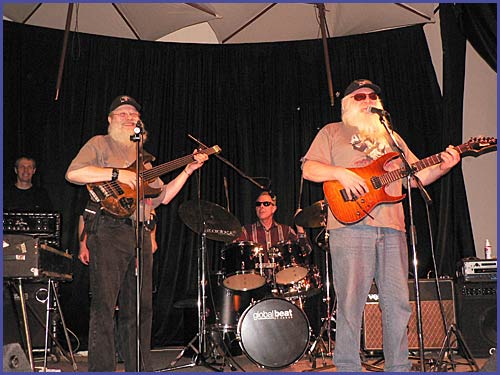 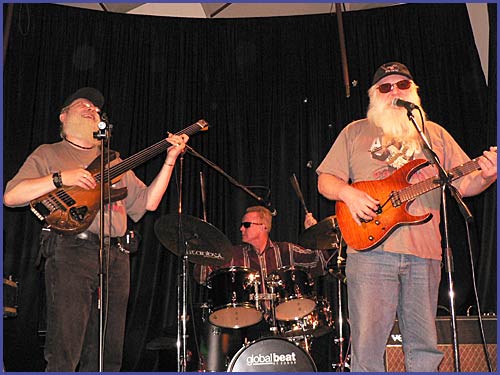 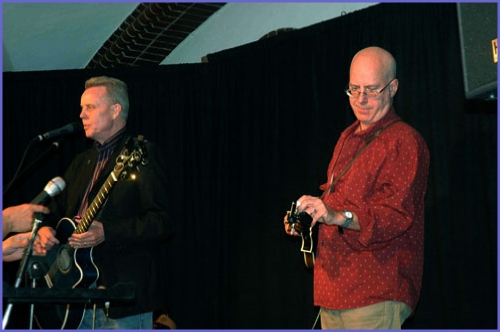 August 2008. Sound check at the Petrus Church Concert, with some help from my old friend Ron Randolf on mandoline. 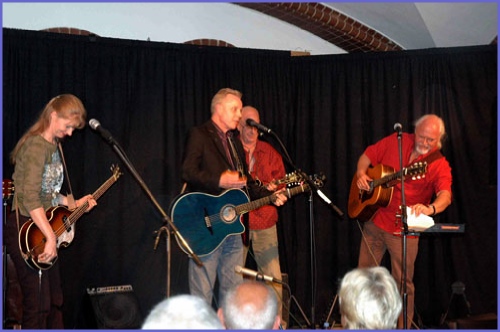 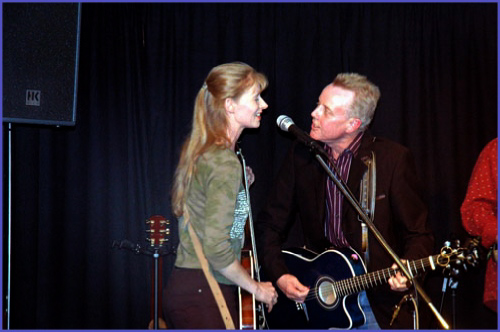 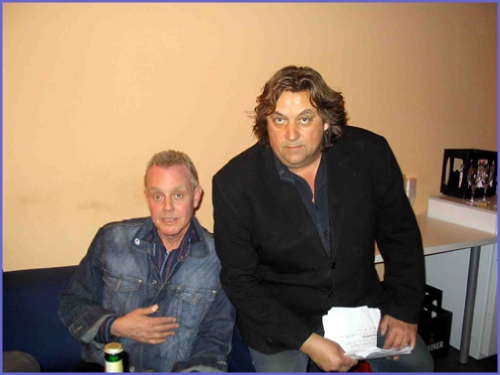 March 2007. Backstage at the Quasimodo in Berlin, together with old friend and Scottish music legend and song writer, Jackie Leven. 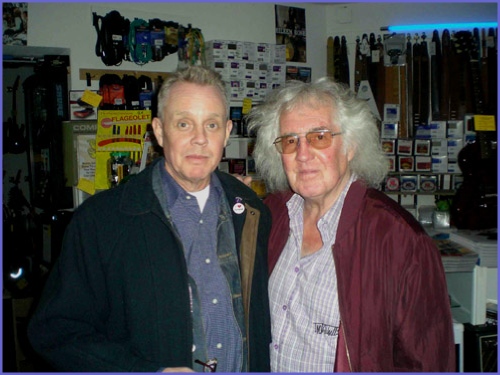 September 2008. With another old friend and music legend from London, the guitarist and bluesman Wizz Jones. Taken at his recent concert in Berlin Guitars.

A ticket from three concerts Wizz and I did together in October 1974. Almost 34 years ago exactly to the date after his recent Berlin concert! 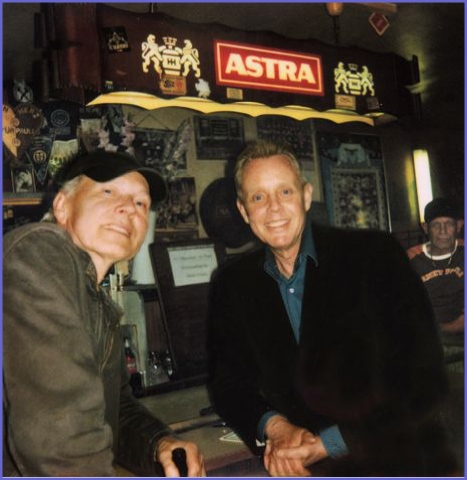 Sept. 2008. And yet with another very old friend..Lighnting Buck. Photo taken in the famous bar "Zum Silbersack", St. Pauli, Hamburg.