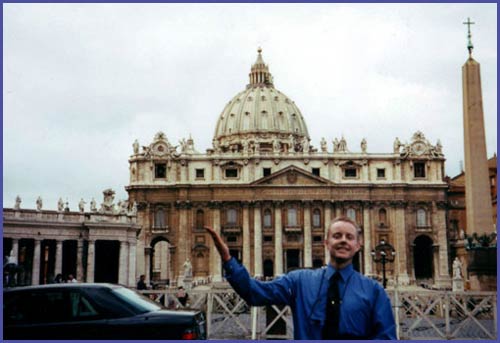 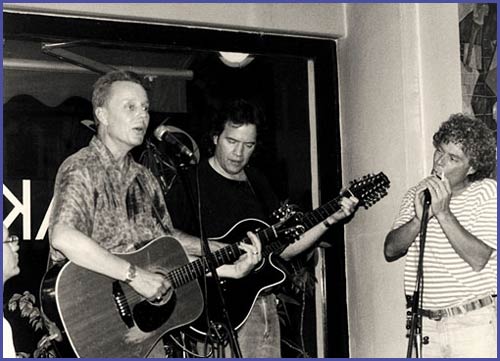 With Tom Cunningham and Jesse Ballard , 1995 on stage at the Café Kontakt, or "Willi’s Bar" as most of the musicians called the place. We are performing the song Sundown Waker. 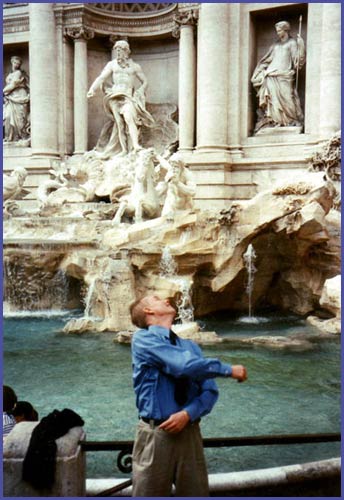 Throw a coin in the fountain, make a wish, and hope it comes true! 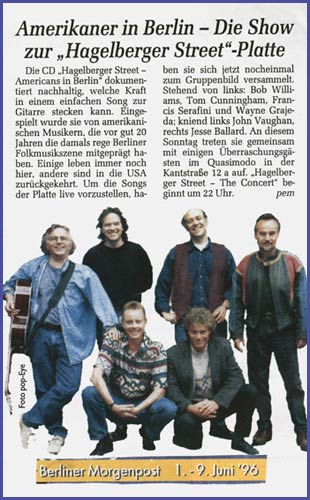 Press clipping from the Berliner Morgenpost newspaper about our "Hagelberger Street , American In Berlin" Reunion Concert at the Qusimodo. June 2, 1996. 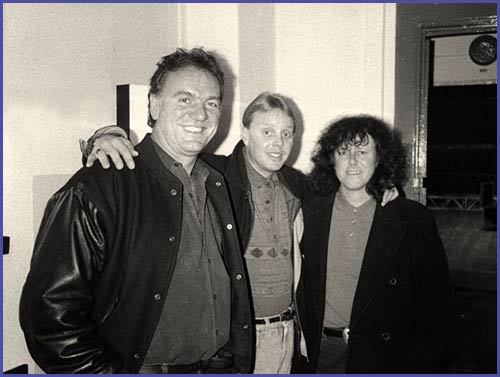 Backstage with Donovan and Ralph McTell 1991. At The Prater in former East Berlin. 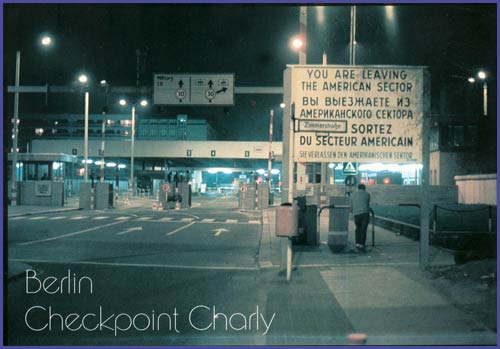 Berlin, June 1990. Checkpoint Charlie "Comes in from the cold". 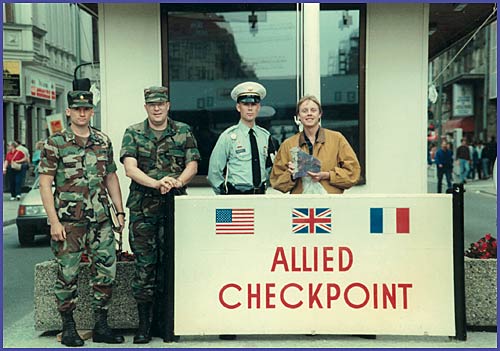 The American Military Police, or MPs, were always very friendly at the checkpoint. This is a real piece of the Berlin Wall I’m holding, not a fake one. I still have it. 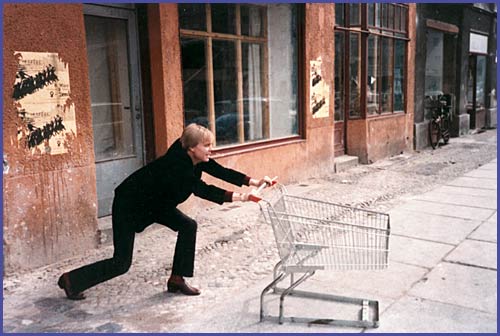 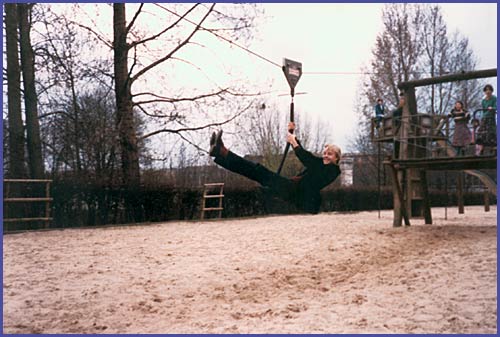 At a playground in Kreuzberg, close to where the Berlin Wall used to be. 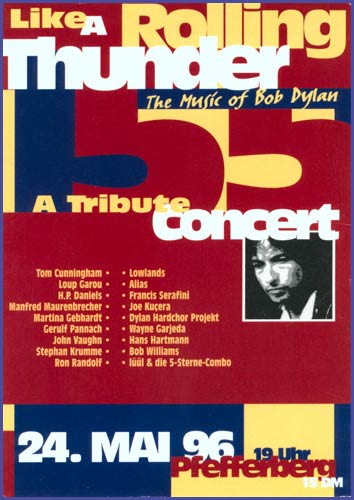 The Bob Dylan Tribute Concert at the Pfefferberg in the former East Berlin, May 24, 1996. Bob Dylan’s 55th birthday. 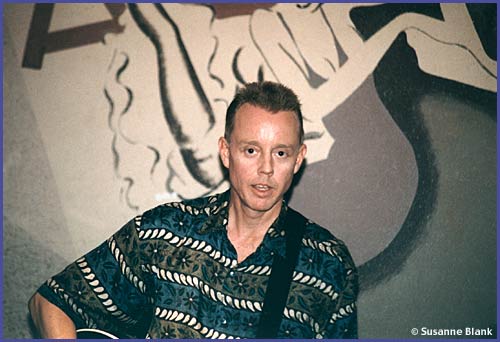 1998 on stage at the Ewige Lampe, Berlin, Charlottenburg.